The Bag of Tricks

Although Television has always been thought of as a cesspool of mediocrity, it seems hard to deny that today's trend of cheap "reality" programs has lowered the bar to previously unimagined depths. On most any cable channel you can find a parade of self-absorbed, cruel, stupid, and despicable people, willing to do anything to be on the air:

• Husbands taking their wives to TV court to shamelessly publicize every detail of their private lives.

• Women taking several men at once to Maury Povich to ascertain which is the father of one or more of their babies.

• Clueless kids with clown-like orange tans on the Jersey coast, unaware that they have been chosen as reality subjects solely because they are so freakishly unpleasant.

• Rich but worthless housewives grasping for some meaning in their vapid lives by pretending to be creative or smart or attractive despite all the contrary evidence being right out in the open. 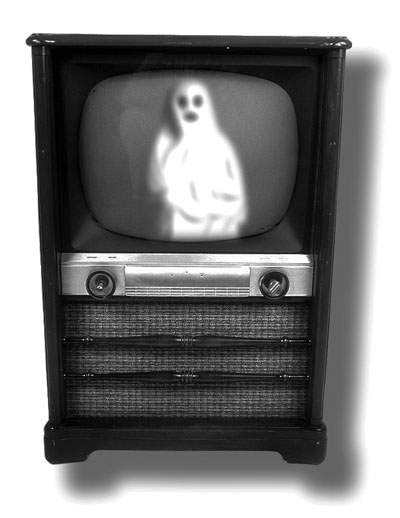 So in such low company, I don't suppose that the ghost hunting programs are any worse than the rest. Indeed, one can see a great deal of humor in the antics of completely unqualified buffoons spouting out wholly unscientific ideas to support their silly theories.

It is amazing to note that there are no less than 8 ghost hunting shows on the air right now! Each one has its own charms but all of them struggle with the same problem: they never produce any results. Ever.

It is with bemusement that we wonder just who watches these endless hours of night-vision banality, all of it looking exactly the same, tarted up with sound effects and editing tricks but never showing anything.

Here at What the Hell Was That? we watch for amusement but we also watch with the unspoken fear that someone somewhere believes this crap.

It is because of that fear that this site exists. We hope to point out the most outrageous mistakes, the most misguided explanations, and the silliest statements that these ghost hucksters present for their undiscriminating audience.

And if you happen to be one of the believers, we pity you but we also hope that we can change your mind. Stay Tuned.